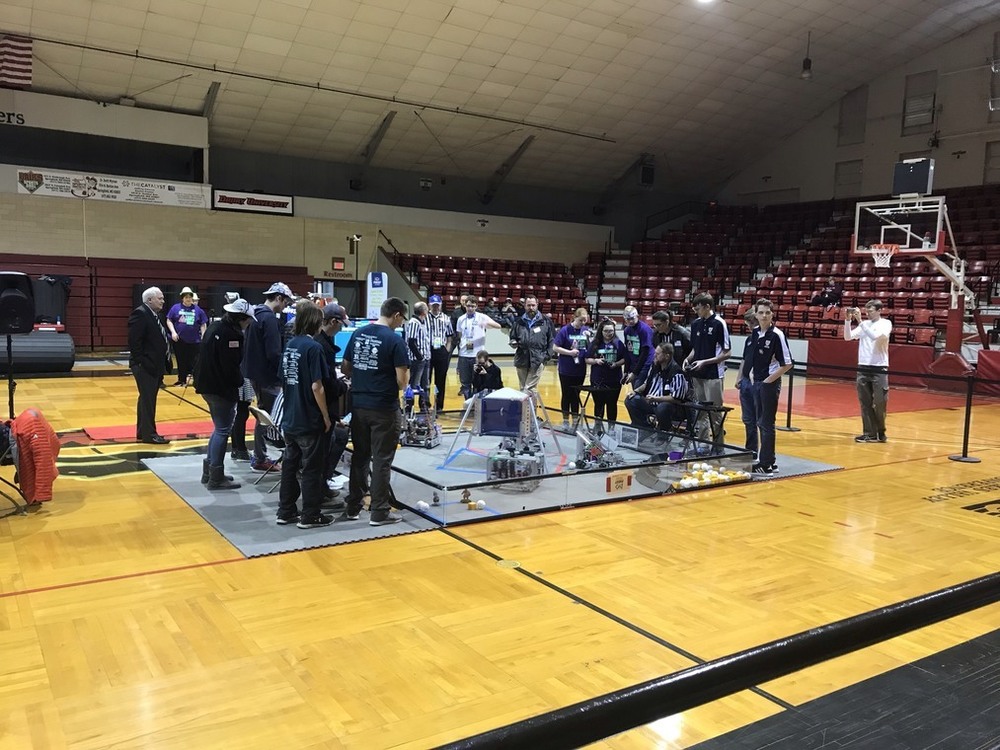 On January 26th, 2019, the Wheaton STEM class, also known as FTC team #11659 Wheaton Robodogs, went to the Drury qualifier. Upon arrival, we found our pit table and began to set up shop. We were the first inspection of the day, allowing us to go around and get to know teams better to form alliances. Next, we had our interview. The process was not as smooth as we had hoped, but the judges were very interested in what we had to say, allowing us to go over the initial 20 minutes. The judges were amazed at how we are getting our small farm town involved with technology and they liked that we are mentoring younger students so they can carry on and help expand technology knowledge. Soon, the competitions started. We won our first match of the day, but tragedy soon struck. ROSS’s (our robot) hook broke, causing us to have to take him completely apart to fix him. It was very frustrating and we didn’t think that we could fix him in time. Luckily, we got it together and fixed our problem as a team.

By the end of the day, all the teams were worn out but it was time for the alliance elimination round. Due to our amazing social skills with other teams, we were one of the teams chosen for the alliance. We had an amazing time, made even better by winning the Control Award. Everything that we did as a team, school, community, and as equals, allowed us to move onto semi-finals, February 9th, in Kansas City.